Ed Neumeister
New York, Los Angeles, Stubenberg, Vienna, USA, Austria
Ed Neumeister’s profile is the result of long and deep experience. As a performer he has been at the forefront of Jazz for more than 40 years developing a unique voice. Having also worked with high level classical orchestras and ensembles nurtured his focus on conducting and composing. He knows what the musicians need because he was there.

Do it Yourself: Mixing and Mastering 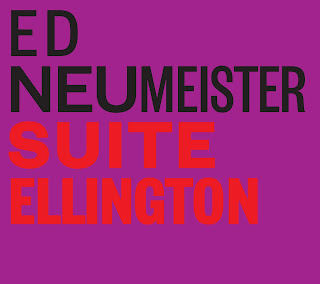 With all do respect to recording and mastering engineers, for various reasons, I’ve elected to take on these tasks myself whenever possible.

I really enjoy editing and mixing my own recordings. When I’m not actually editing and mixing projects myself, I’m usually either in the booth with the engineer or making detailed notes about the edits and mixes, or both. I’ve edited and mixed several CDs plus many projects for film and TV and other media. It’s normal for a composer working on movie, video and TV projects to do their own mixing and mastering depending on the size and scope of the project.  For smaller budget (or no budget) projects the composer is often the only warm body in the room, taking care of performing, recording, editing, mixing and mastering. Then sending the finished master to the director, producer or editor.

In classical, jazz and other acoustic recording situations, it’s more common to hire a studio, mixing and mastering engineer. I can tell you from experience it is a great pleasure working with top-level pros who really know what they are doing and are able to do it fast, because, the clock is ticking. Many successful movie and TV composers have a decent size recording studio at their house, saving them the time to travel back and forth to the studio plus all the costs involved with hiring a studio for the day.  The substantial investment to set up a home studio will, for a working composer save money in the long run and give the composer the flexibility to work on the project as needed, which can mean around the clock with the deadline looming or with the freedom to work on the recording until it is “perfect”.

With software becoming more and more sophisticated and easy to use, it’s not that difficult to learn to edit and mix with fluidity and confidence.  The beauty, compared to the old days with tape and razor blade, is that the edits are non-destructive, so when it doesn’t work out we can simply start over again or backtrack.

Of course, this work is time consuming, especially at the beginning, learning a new software. I find the best way to learn a new software is to go through the tutorials, there’s usually several to choose from. It normally takes about three hours. Almost always, three hours well worth spending. Normally there is a tutorial included with the software and now-a-days there are plenty of How-To books and videos, many for free on YouTube.

Then, I like to jump directly into the project. Knowing that the mixing and editing is non-destructive we know we can, at any time, start again from scratch.  Many times I’ve worked on a project the whole day only to throw it away the next day and start from scratch.  It’s always faster and better the second or even third time around. Go figure….

Depending on the deadline, the beauty of mixing at the home studio is that we can take our time working on the project. Working a day, sleep on it. Refining and polishing further the next day. We can also make a few different versions to compare and decide later. We have the luxury of putting it away and coming back to it in a few days, or weeks.

Of course, it’s good to know, as much as possible, about what we are doing. I read a few books on the subject and check out several how-to videos, sometimes coming back to a chapter when I have questions about how to do something specific. The bottom line is it’s not rocket science. We want to make it sound as good as possible, so it’s a mater of blending the musicians together so that it sounds as close as possible to a live situation, or even better if that is possible. It’s a good idea to compare with other recordings from time to time so as not to loose perspective.  Listen to recordings of similar music with a recorded sound that you think is great. Then emulate that sound, as much as possible. I was using four or five different recordings as a reference. It’s amazing how much they can vary.

I’ve had the benefit of working with top engineers, so by watching them and paying attention, trying to follow what they are doing and why. And, by asking questions, when appropriate, we can learn a lot.  It’s amazing how much we can learn simply by paying attention. What a concept. Regardless, the mixing engineer’s job is to follow our direction, so in the end it is still us, the leader, composer, artist, producer that has to say:  “OK, we got it, let’s move on”, or “give me some more trombones”.

Suite Ellington was recorded live, so that involved issues that we, hopefully, don’t face in the clean studio environment.  With a live recording, there is no  “take 2,” unless we record several concerts (the most ideal). So, when something needs “fixing” we have to find a way beyond going to another take. I was fortunate with Suite Ellington as all the players are fantastic top-notch players, so there were very few mistakes to deal with and some very wonderful playing from all.  The first decision was just to pick the best 60 minutes from a two-hour concert. And because there were sometimes several long solos on a particular tune (we were stretching out), it was necessary to cut out some solos and even to make some of the solos shorter. Decisions, decisions.

On this latest Suite Ellington recording, I decided to also do the Mastering. Mastering is the one aspect that I always turned over to the Mastering engineer. A Mastering session used to be, and still is, a studio filled with stacks and stacks of hardware with lots of nobs for the engineer to tune and “fine tune” the frequencies.  Looks like a kind of Mumbo-Jumbo, with the mad scientist “fixing” what is, hopefully, a pretty decent mix to begin with.

In my Mastering research it became clear that the go-to book is from the Mastering Guru Bob Katz. His book is written for the layman and professional alike, clear and easy to understand. The main message is “When the mix is great, there is very little, if anything, to do in the Mastering process”.  In former times the Mastering engineer made the recording louder, so that it could compete in volume with the other tracks being played on the radio. Katz called this the “loudness wars” and strongly recommended against falling into that trap.  But for Jazz, Classical and other acoustic music the goal is to retain the dynamics and maybe polish the sound a little.  I certainly believe that the sound of Suite Ellington recording was enhanced through the Mastering Process. The rest of the job of the Mastering Engineer is to put the spaces between the tracks and make sure all the tracks have the same relative volume and embed all the necessary codes and tracking numbers.

Through this ongoing process I am learning a lot about the process of producing a recording as well as how instruments respond in the recording environment. The software allows me to experiment and continue refining and polishing until I am completely satisfied, or the deadline arrives. Whatever comes first, which is usually the deadline! Plus, we can save the money it costs to book studio and engineer time.

Speaking of software: I am using Sibelius & Finale for notation, Logic Pro X for recording and mixing. I also use Pro Tools but feel more comfortable with Logic these days. For Mastering I use Ozone 6 from iZotope and HOFA CD-Burn & DDP to prepare to send to the Manufacturer.

Hope that was a worthwhile read.

Posted by Ed Neumeister at 8:39 AM No comments: